Pretty much what the title says, all off-topic related posts can be posted here to share with everyone.
Post Reply
14137 posts

Glad that you were paid for your time. Stupid question but will they pay you again if the car is needed in the future?
Official "I'm Going To Drive My Neon 'til It Dies" Club #10
Top

INVUJerry wrote: ↑
Sat Oct 13, 2018 3:38 pm
Well I was there until 3AM and they never got to the scene with the wagon in it. They still paid me for coming out though, so not all bad.
The guy said he wants to use it or any of my other cars in the future.

This is a strange new venture.

Do you have to miss work to do this ?
52 Chevrolet Styline Deluxe Sport Coupe
05 Dodge SRT-4

Are you the employment police now?
Bill

Are you the employment police now?

Why do you care if I'm curious ? When my granddaughter was being filmed
for TV programs, it was M-F during normal daylight hours !

Yeah I make way too much money at my day job to miss Work for my car to be on TV.

Are you the employment police now?

Why do you care if I'm curious ? When my granddaughter was being filmed
for TV programs, it was M-F during normal daylight hours !

It's not that I really care if you were curious . It was the implied sarcasm with the eye roll, before did you have to miss work...
Bill

Bad news- first mouse of the season in my garage this past Saturday. Good news- sucker was on his side, stuck on a glue board and breathing his last gasp. Went out with the garbage Monday morning.
Official "I'm Going To Drive My Neon 'til It Dies" Club #10
Top

When they figure out how to hot wire it, and go for a joy ride, then you really have to worry. 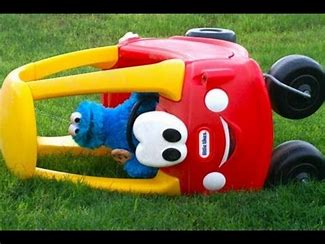 I’ve been traveling for work the last 2 weeks. Last Friday I turned in a 70 hour time sheet. Yesterday I turned in 90 hours. I drove home last night, ate dinner and slept for 12 hours.

My work vehicle was rear ended at a red light this afternoon while I was on the job. After the crash, there were fumes coming from the dash so I'm wondering if the collision somehow affected the airbag system (which would be strange since the front of the vehicle wasn't touched). I wasn't able to immediately restart the car but the tow operator managed to get it started about a half hour later. One of the police officers told me that there were liquids coming from under my car. Not sure if it will be totaled or not but I can now say with certainty that a Chevrolet Equinox doesn't do too well when rear ended by a full-size Chevy van going approximately 30 MPH. Thank God I wasn't in the Neon!
Official "I'm Going To Drive My Neon 'til It Dies" Club #10
Top

LOL, While the neon may not have leaked any fluids from the front, I doubt it would have fared any better, being it also would have been totaled.

But I agree, better a disposable work vehicle than an irreplaceable personal car.

Hopefully you don't experience any delayed injury from this.

Whiplash can set in a week or so after the fact. I know, as it has happened to me, and is fairly common. The "at fault" lawyers would like you to believe otherwise...

If you otherwise walked away without any immediate or lasting injuries, then the Chevy did a better job than my neons have done, as far as being rear ended. But then vehicle mass is also skewed in the Equinox's favor.
Bill

I'm not sure of the Equinox's fate, whether it will be fixed or replaced. I'm still struggling with the paperwork that I have to turn in and have discovered that I will have to trek across town to the body shop to retrieve the rest of my personal items from the vehicle (especially my mileage log for month-end processing and my cell phone charger cord)- my head was all turned around when the flatbed tow truck arrived and I forgot to get everything out first. I did get checked out by the EMT's at the scene and, other than a very high blood pressure reading, they said that I appeared to be okay.

Yes, glad it was the work vehicle. If it had been the SRT, I would be in a rubber room right now.
Official "I'm Going To Drive My Neon 'til It Dies" Club #10
Top

This is some damn depressing shit right here. I feel like I'm about to lose a part of me.

Possibly. The original plan was to donate it since it's essentially worthless. It runs and drives perfect (I put 1340 miles on it this year during Carlisle weekend alone), but the cancer is spreading and the replacement vehicle is already here, wearing the license plates that lived on the Neon for over 13 years.

A friend of a friend is coming to check it out this weekend. I told her $300. If she doesn't want it, it's back to the original plan. No matter what, I've got a bunch of bolt-ons and even some new aftermarket parts that I'll sell afterwards.

JeremyJ wrote: ↑
Wed Dec 05, 2018 1:50 pm
That's a bummer. I still have my wrecked R/T sitting in my driveway. I need to get rid of it, but it has so much invested under the hood that I'm having trouble letting go.

Stock crank pulley reinstalled... for the first time since it was almost new. That means my Unorthodox Racing pulley has an honest 200k miles on it. Also, I pulled the oil pressure gauge.

Items that I either can't remove or don't want to:

Last step is to remove my prototype brass shifter bushings and install the stock rubber ones that I finally found last night. Then, it will be complete.

So long, old friend. We've had some good times.

Damn Johnny. That’s a long time to have a car around. If I didn’t have such a huge fleet I’d be interested in it.

At 37 years old, that's over 1/3 of my entire life. Additionally, this was never a sideline car like the Daytona. This is my 365-days-a-year car, and was from the time I took possession of it until mid-October this year when the plates finally came off.

Shame, you'd be the perfect person to have it. Even if it stayed in the rust belt, there's still an easy 30k+ miles left in it.

Basically it goes like this: I don't want to ever see this car again unless it goes to someone who I have no doubt will take care of it like I did. Since there's essentially no chance of the latter happening, it just needs to go away. The woman that's supposedly coming to look at it lives about 40 minutes away. It's in the 20's here and her current car has no heat. She's cool with the 5-speed. If it works out, great. If not, it goes to charity as originally planned.

Not a record for me though. I kept my first car for 18 years.

It doesn't bother me too much seeing a car I used to have. The way I see it, I was done with it, and it's someone else's to do with as they please. I sold it knowing it needed some work or money put into it to keep going. If it didn't happen, and got run into the ground, so be it. At least it got some more use, and didn't just sit in my yard and rot.

My first car was sold for the parts that were still good to be removed and sold off at swap meets. Maybe there is still something of it left floating around...
Bill

I’ve had my NYG since thanksgiving 2008, and it’s the longest I’ve owned a car. I think I might get around to bringing it back in the spring time.

Johnny, if the deal with her falls though, let me know before you donate it.

Woman called me up Saturday and said she was passing on it. Do you still have the same cell number? (ends in four 6)

Looks like next weekend I'm flying in to Providence, RI and picking up Johnny's car. Crazy how the internet works.