by red2k2rt
so i've been planning on getting these taillights mainly because they provide a 3rd area to add a separate amber blinker to the top of the light without having to get European lights and switch back to a 2002 bumper. now my question is what is the legality regarding a rear fog light on these lights? if i was reading the eu laws correctly they state it has to be 10cm from the edge of any stop lights. how would this apply to US laws or is there no stated laws regarding this. even if i cant add the rear fog light for legal reasons i am still eventually getting the taillights but figured i'd toss out this question regarding the rear fog lights and see if anyone had any insight on that.

http://www.tunersdepot.com/Lighting/Tai ... 10522.html
by NyNeon0813
I would just wire it up for the turn signal.. What the hell is a rear fog light? lol
by occasional demons

Rear fogs will just piss ppl off.
Maybe if you had them lower under the bumper...
by red2k2rt
i'd only run them if i needed them, heavy rainstorms/snow/fog. if i did install them i'd get the export mfs that supported their use. i wasnt planning on using them to look cool, lol.
by C1DoG
From what I have read, each state has a different law on the use of rear fogs. Oh... I have those tail lights.
by red2k2rt
thats what i wasnt sure about if there was a broad national law regarding them or if its per state. ill have to check my states general statutes about it. how do those lights work for you? did you make the top reflector a signal lamp? is it possible to get some up close pics of it? i want to get them in early january but i'm looking at the slightly smoked ones for my car
by red2k2rt
my actual thought with these was to put those switchback leds in the back up lights area and have them light up white for the back up lights and then red whenever i needed the rear fogs. i'd also contemplated putting switchback amber/red leds in the top portion to have an additional brake light as well as the amber turn signal.
by Gnuserup
Here in germany I had to install a rear foglight. Further I have these taillights laying around. Bought them ´cause I thought the same as you do - use the additonal chambers for something else. But that isn´t that easy as you have to deal with the mountings in that area you like to use. So you don´t have too much space to drill a whole AND install a socket you need for a useful lamp, esp. a LED.
Think I have to make some pictures...

I would suggest: Do the same as I (we) had/ have to do over here - get you a BUX-Multifunctionswitch (there you automatically have the rear-fog-function integrated) install a simple double-wire at the correct pinout to the rear and the Cluster (for a control lamp) and get you some LED-Rear-foglights.

or go on reading :

we have to install a rear foglight including control lamp, seperate the rear turn signal lights from the stop lights and let them be amber.

As my "euro-neon" has a multifunctionswitch including the rearfoglight function and the cluster has the control lamp I thought
there has to be a way...

So I found out, that pin12 on the MFS-plug is unused at the SXT but delivering the power for the rear foglight and the controllamp, too (which goes to pin1 on the cluster-plug). 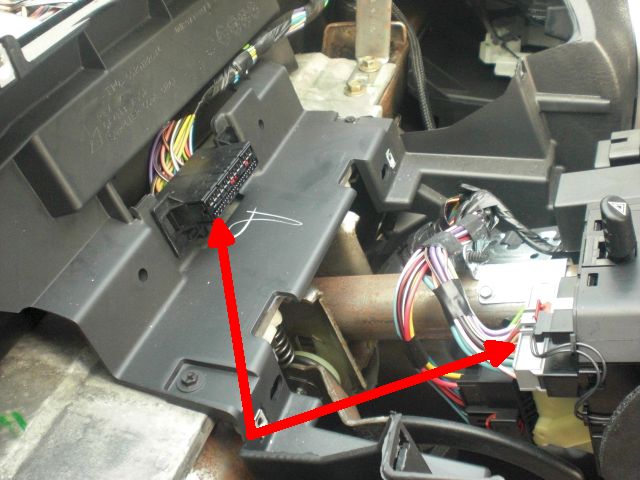 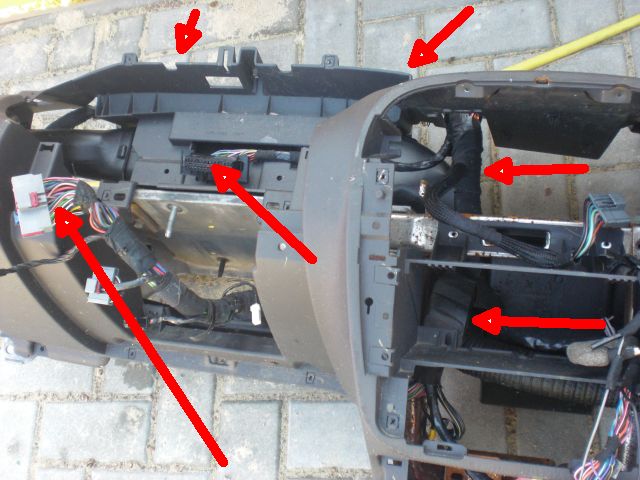 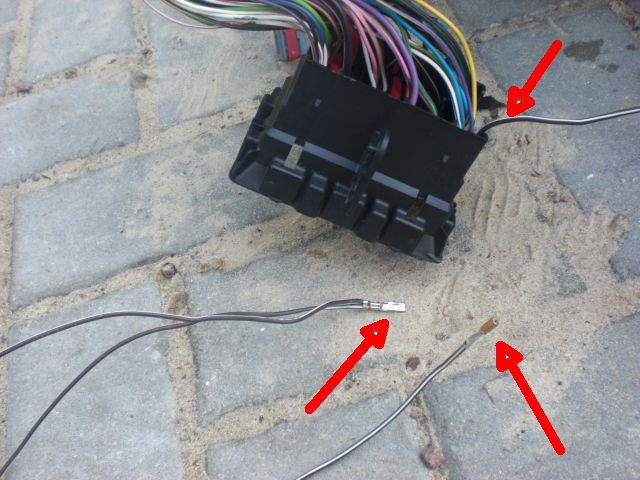 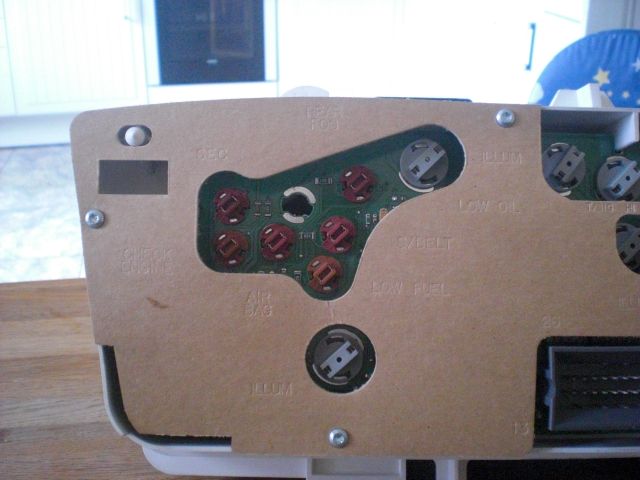 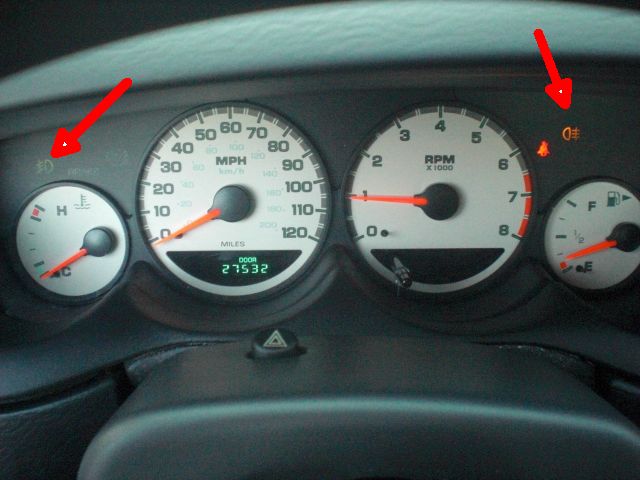 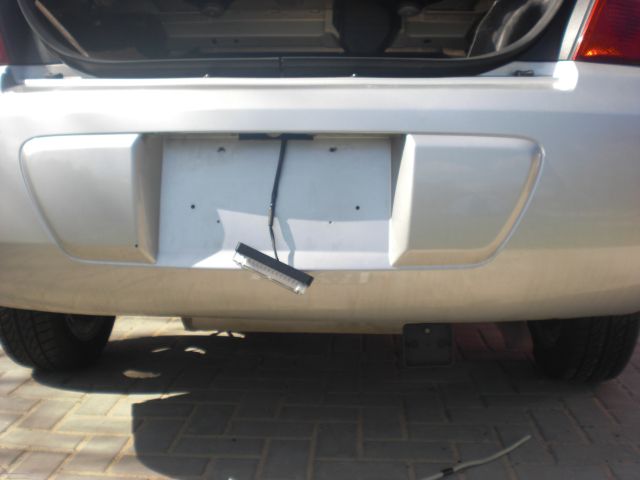 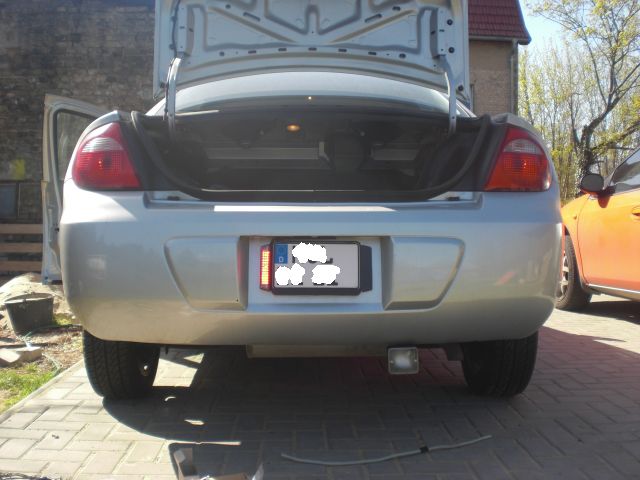 Watch out for " Nebelschlußleuchte LED " at ebay.de if you like

If you have any questions feel free to ask if you like.
by red2k2rt
i had seen your post before about the rear fog and that caught my eye but i was actually thinking about the rear fog light going in the bottom socket along with the back up lights and using something like this to run both lights

for the top i would just do a regular led turn signal.

i'll need to source the bux switch at some point though. do you have any pics of the back of these taillight housings?
by Gnuserup
ah - ok, nice lamp

If you maybe do not know - just install the Bux-MFS, add a double wire in pin12 on the MFS-plug (it delivers the power for the rear foglight and the controllamp automatically) route one end to the rear lamp which you like to be foglight and the other to pin1 on the cluster-plug.

For the pictures I´ll try to make some soon.
by red2k2rt
yea i need to source one at some point after i get the rear lights. i'll still need to upsize the bulb on the back up light to a 3157 in order to use these lights. after the holiday season is over i'll be buying the taillights and then going from there for this setup. seeing as how blinded i was this morning driving in the rain on the highway i realized how nice it would be for other drivers around me to be able to see the back of my car easier with rear fogs. considering how many bad drivers i see on 91s on my commute to new haven any additional lighting so they can see me better is what i need.
by Gnuserup
ok - here are the pictures as promised For all who are interested to install a socket at the top chamber...
not really much space to drill a big hole there. To get a hole right in the middle of it, you nearly have to cut the bolt off. and for comparison at the backup-lamp-hole That area has about 30 mm space and the black socket needs nearly 27/28 of them. So I think it might be possible, but is it really worth it ? You maybe destroy the reflector coating or get problems with condensation water.

I would suggest the separate rear fog light or maybe think about the blind chamber on top and install a bright red LED there.
Or make the backuplamp-chamber the rearfoglightchamber and the blind the reverse.
by red2k2rt
from looking at the pics a smaller turn signal bulb would fit perfectly in the top chamber, something like the size of the front side marker but the bulb could be a bit taller than the one in the front. but anything bigger would be a very tight fit and you would probably need to trim sheet metal on the car to make it fit. as for the bottom i dont think i can make the hole bigger to put a switchback led in there for the rear fog. i think my only option would be to go with a rear fog on the drivers side and a back up light on the passenger side.
All times are UTC-04:00
Page 1 of 1
Powered by phpBB® Forum Software © phpBB Limited
https://www.phpbb.com/