Usually, it seems, the powerwindow switches will brake sometimes.
Probably it might mostly be a mechanical issue.

I thought about it a while and a few weeks ago, as I ripped the door boards of a donor, I seperated the powerdoor switches, which look pretty similar. Sure, inside they have a different plate, outside they have a different connector, but similar enough to use for repairing the window switch.
By the way I believe that you will find powerdoor switches more often at the junkyard as left powerwindow/ mirrorswitch consoles.

I began with one with a mechanical issue.
It only worked on one side... 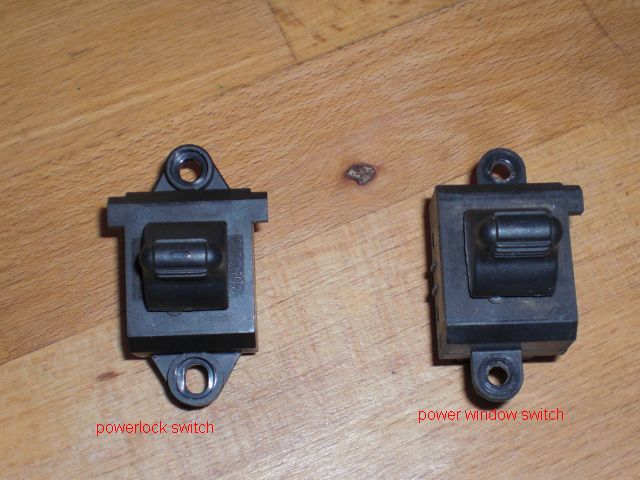 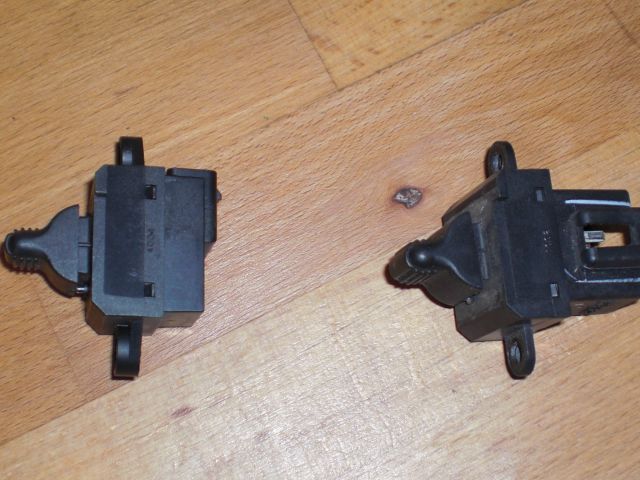 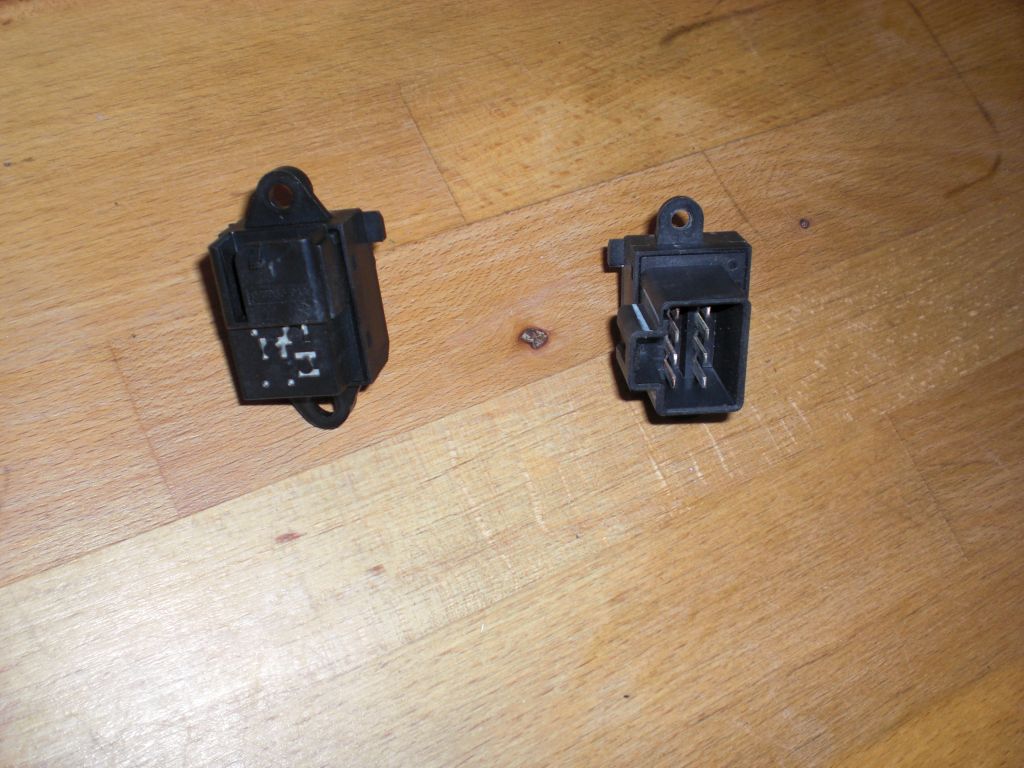 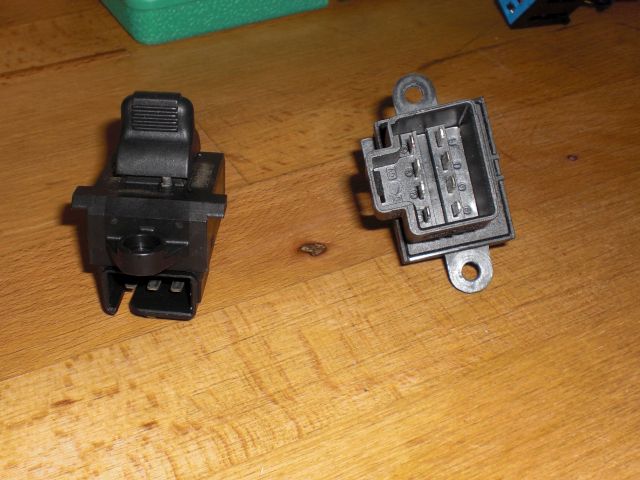 Here we see, one actuator bolt is missing... 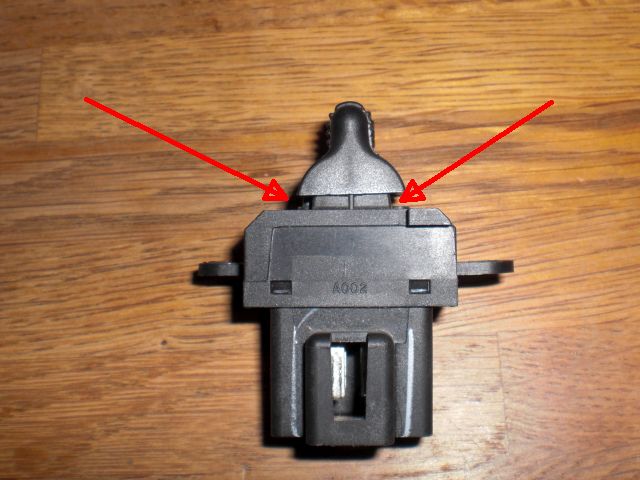 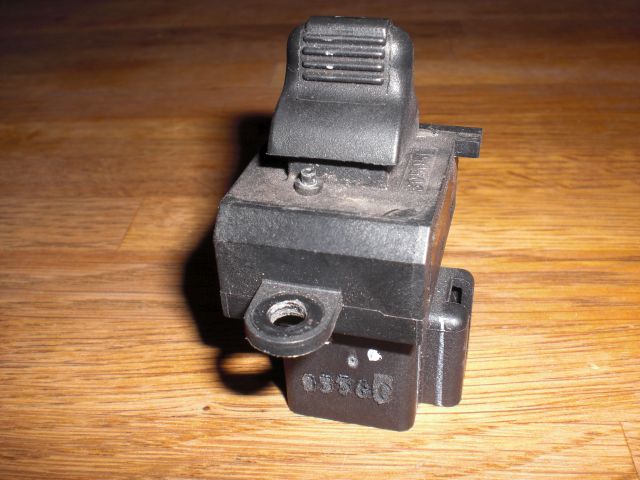 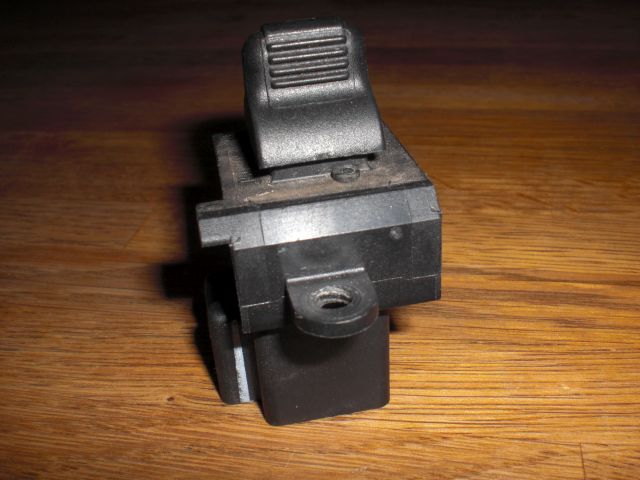 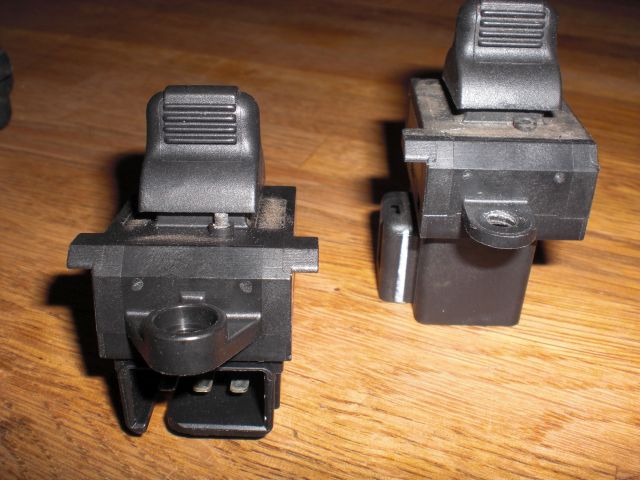 easy to open with a small screwdriver. You see the opened powerlock switch and its two actuator plates inside 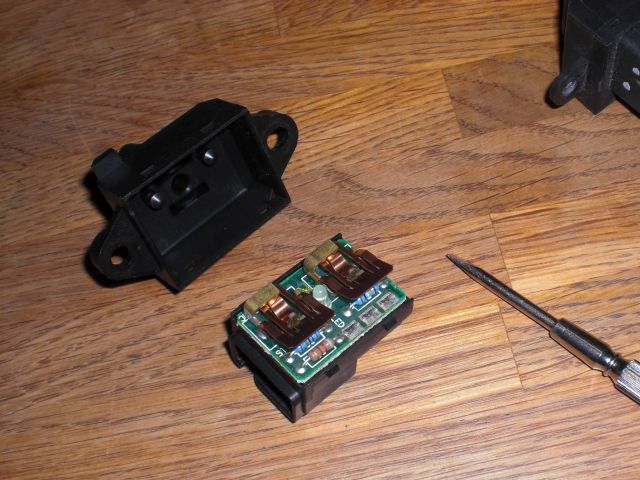 Don´t loose the bolts...
And here we see, why it had its misfunction. Somebody might had opened the swtch before. Don´t know. 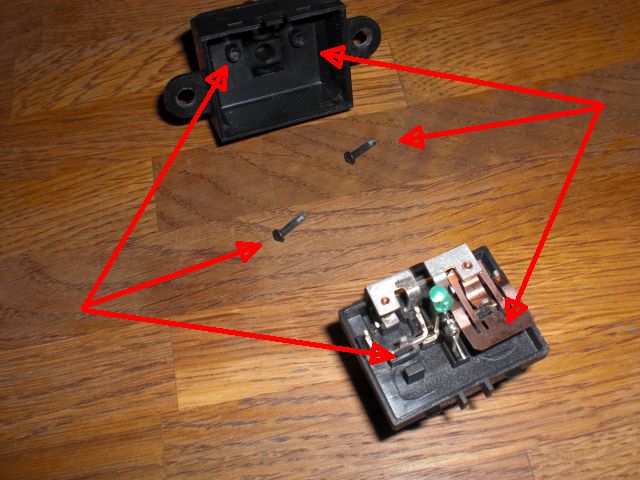 You can easily remove the plates with your fingers and insert them into the other. I installed both. 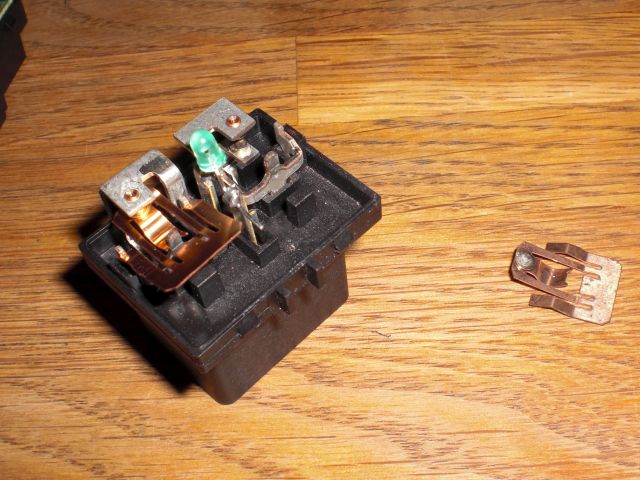 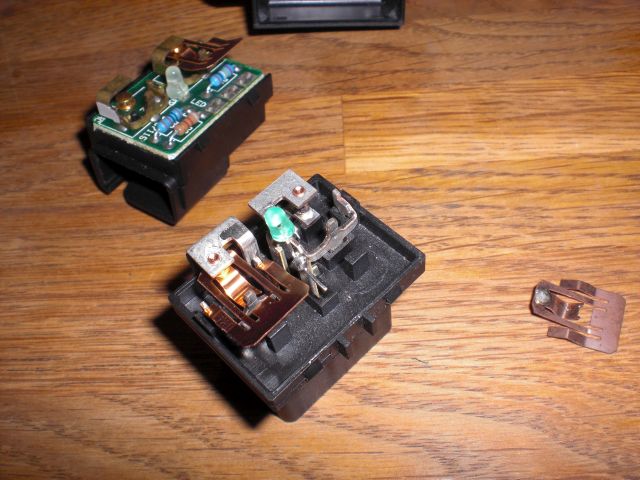 The next switch had a mechanical issue. The knob was broken on one side.
Here I moved the "head of the powerlockswitch to the base of the windowswitch.
Though they have slightly different screwholes, you can make it fit with a cutter... 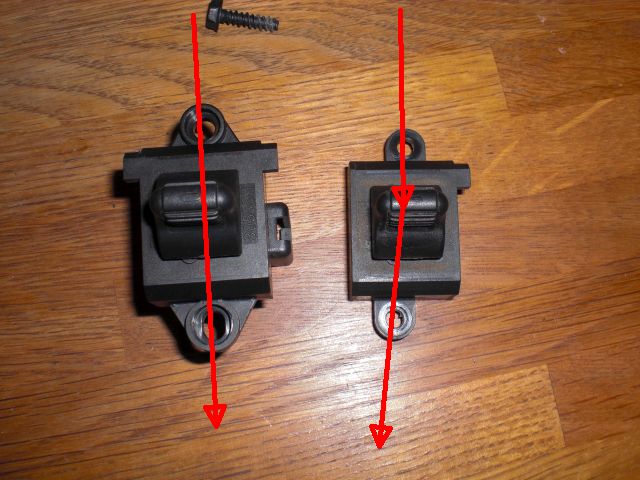 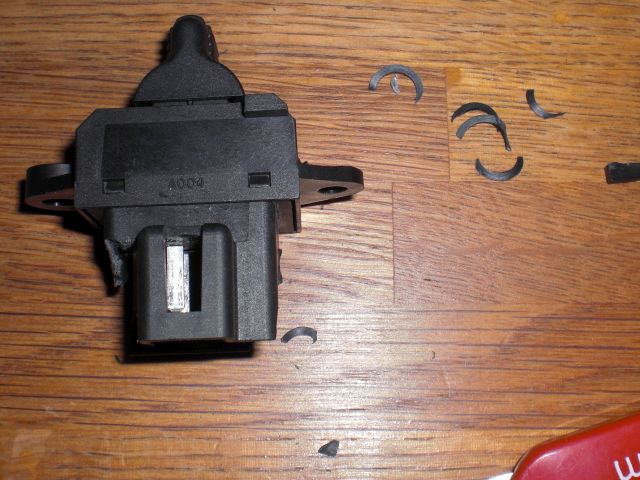 The window switch has only one nose, on one side two little cuts and the latches are thinner. Anyway - cutter is your friend.

This is what it loks like after cutting and installing.

Sure, it would lot better if you trim the latches a lot more and maybe use washers for the screws to hold it in place finally.
But I think, for an easy cheap fix, you won´t recognize that at once. 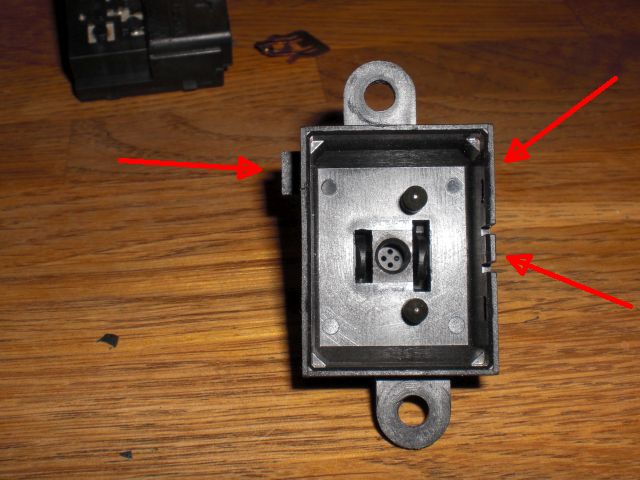 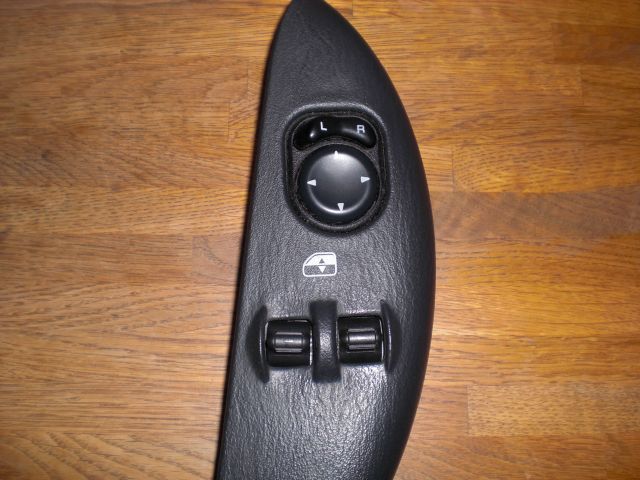 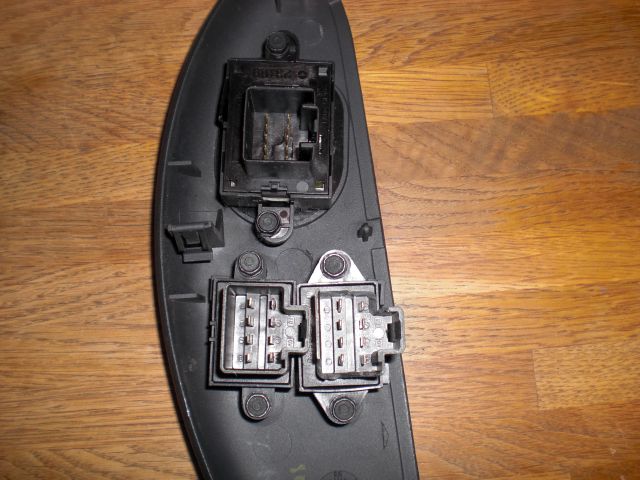