Have a question that your not sure what category it fits into or isn't really a specific question about a specific part? Ask it here...
Post Reply
41 posts

we have about 7° C actually, but the R/T wouldn´t start anyway.

So I looked into the hole in the cover for the Belt, but luckily still present and camshaft moving. 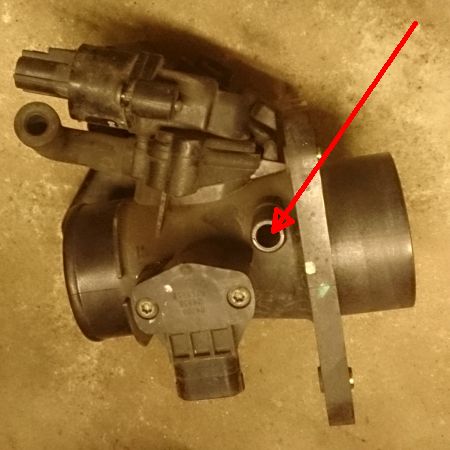 this is covered with a usually worn piece of rubbercap which I removed and then I sprayed the brakecleaner into it while holding the throttle from the bowdenwireside full open. 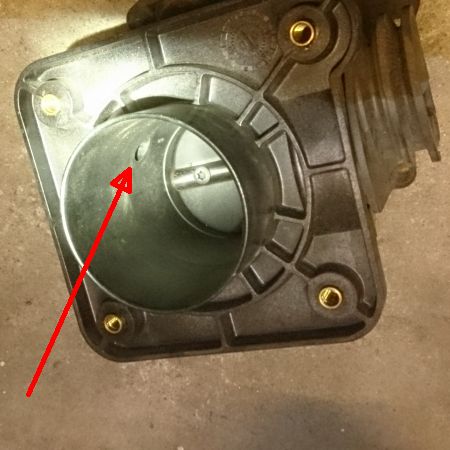 With jumpstartcable and flooring the gaspedal I had to crank many seconds, but finally the engine began to run. Possibly only 2 or three cylinders first but after a few seconds more it ran from itself and on 4 cylinders.
But pretty rough and clicking noise, a few minutes later that noise got better.
Firstly the exhaust was not smoldering, after e few minutes it did.
I´m not that sure if that depends on the weather situation we actually have, but my LE which I used for jumpstarting behaved reverse.
Maybe the valveshafts are worn a bit in any way, don´t know.

For the P0340-issue I had in the beginning, I swapped the one temperature-sensor (which is located on the nozzle of the airfilterhousing) with a different but used one.
Surely, maybe the swapped might be faulty, too.

Is that the sensor the pcm uses for knowing the temperature outside or is there another one anywhere ?
I remember my SXT has one in front of the radiator.

have been outside two hours later to give it another try
and the engine started as it should, though keeps running a little rough.
I think I´ll get some new sparks next.

So maybe really a temperaturesensor problem ?
a neon - what else ?
Top

P0340 is a cam sensor signal code. The P0171 is an oxygen sensor code, system too lean.
It sounds like you may have a fuel problem, what with using brakeclean to try to get it started. Try again without flooring the gas pedal. Get a hold of a fuel pressure test gauge, and check your fuel pressure.
2004 R/T, DD
1995 Sport Sedan (The Frog), Given to my brother.
30 year Chrysler Tech.
Top

Thanks. Will see if I find a way for testing the fuel pressure.

Most possible cause are totally worn crappy sparks what I recognised yesterday. Am actually waiting for delivery of a set of new Denso PK20TT.
The installed are that type but all four have lost their tip on the foot...

Guess they're really really old.
a neon - what else ?
Top

Hmmm, you didn't mention anything about the P0340 code previously. That alone will give you hard starting issues. Since the cam is actually turning, and it did start, you may need to replace the cam sensor, in addition to checking the fuel system. Also check the target magnet on the cam for any cracking too. I don't recall, but was the car an '02?
Bill

So actually the only code shown on the R/T is the pending P0171.

Have ordered a fuel pressure tester yesterday, sparks as well.
Will see, if new plugs alone could fix it.
a neon - what else ?
Top

If anything, the worn spark plugs would give you a P0172, too rich.
Bill

Worn plugs can cause hard starting and poor fuel mileage.
I just replaced the plugs in my R/T, and noticed that the gas mileage has improved a little.
2004 R/T, DD
1995 Sport Sedan (The Frog), Given to my brother.
30 year Chrysler Tech.
Top

Tried this morning and compared the temperature outside with that the sensor tells the PCM before I started the engine.

Thermometer outside said about 10'C, my IR while measuring the head about 7'C and the PCM shows via OBD 6'C coolant temperature. Fortunately I had no starting issues this morning, coolant temperature shown went slowly higher while engine idling.

Will see how that behaves when colder outside and if there will be a difference when the new sparks arrived.

It depends on the scantool. The cheaper ones don't show much.
My Ethos scantool will show that info.
2004 R/T, DD
1995 Sport Sedan (The Frog), Given to my brother.
30 year Chrysler Tech.
Top

update for your interest -

after I did nothing more than installed used ignition-wires and used sparks (NGK BCPR6E) from the spare engine laying around I had no starting issues yet, though the temperatures outside where anything from +5 to -5° C and I haven´t driven the R/T everyday.