It seems that the radiator at the 2nd-gen. with the 3-speed-automatic is kind of fault-prone.

At mine 99 I sudden lost propulsion, it felt like a worn clutch. I drove a few kilometers until there went nothing more.

After taking a look under the car I recognized a loss of ATF with was the result of the broken connection of the ATF-cooling-connection at the radiator.

A look from upside to the bottom: 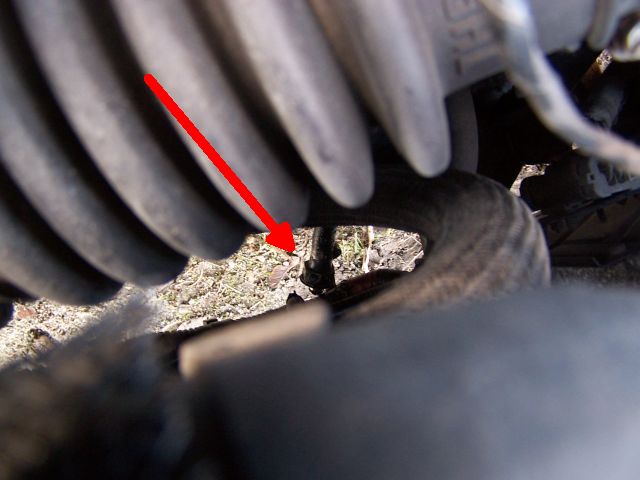 And here under the car: 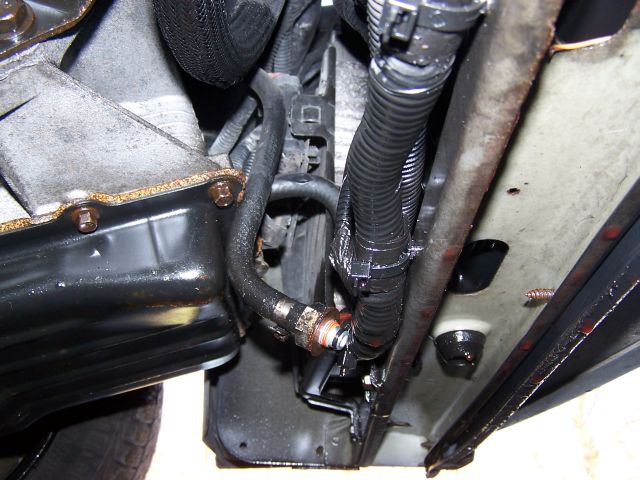 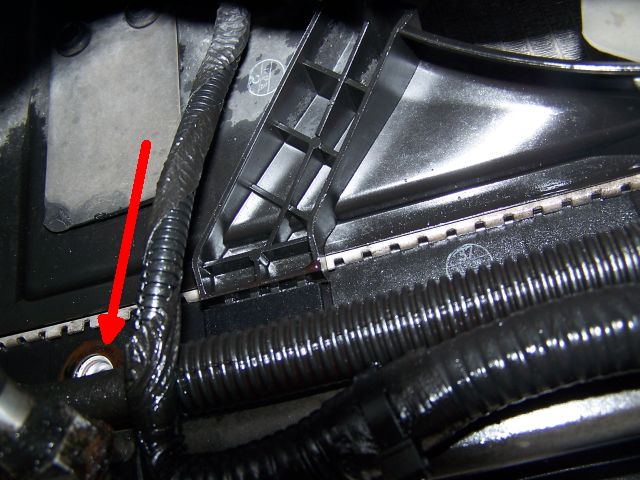 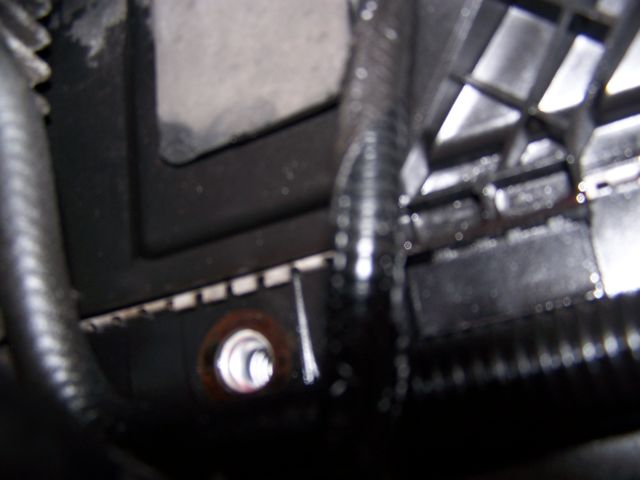 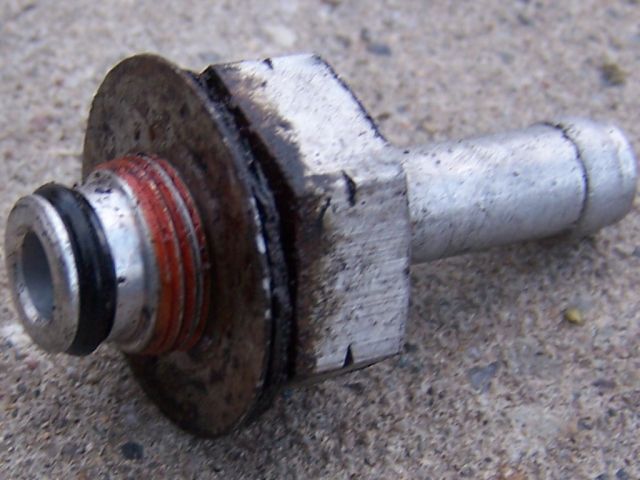 There actually seems to be no other way to solve that problem than installing a new radiator.
If you fear, the trany could have been damaged, you could simply bridge the tubes at the trany, fill ATF up and try some kilometers (at your own risk, think of the missing cooling for the automatic in driving your car that way).
I did and found that the trany had not been damaged.
I installed a seperate automatic-oil-cooler and let the original radiator be as it was but this was not the best idea, because after a few hundred kilometers with absolutely no problems the original radiator gave up finally and so lost the cooling liquid. 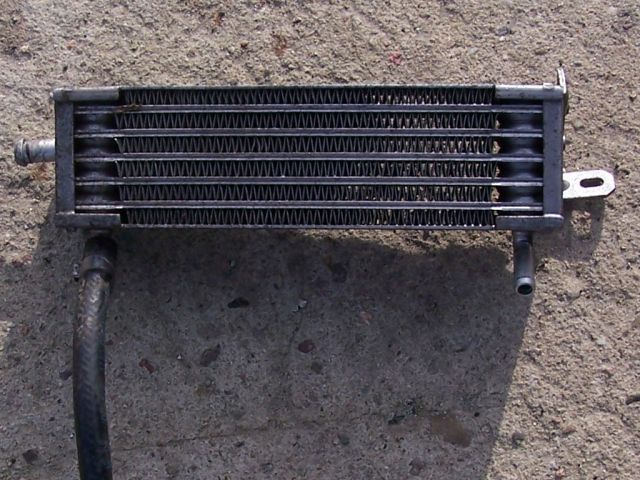 That cooler had been a used one from a FIAT, I do hope that this would not have caused the takeover of Chrysler from FIAT

I have seen a couple of posts here and there about people having breakage problems with the factory trans coolers, on the ATX Neons.

I do not know if this is a common issue on 2nd gen Neons, but I have not heard of this happening on a 1st gen Neon.

I haven't heard of the connections breaking on the trans cooler. Typically what happens is the cooler breaks internally and mixes the atx and rad fluid, which ruins everything.
Justin
[02 R/T sold][00 Highline sold][04 r/t scrapped][95 NYG Sport coupe][01 r/t DD]
http://www.cardomain.com/ride/2931823
Top

Did you post this as a how to, or to just show what failed? If you don't want it to be a how to, since it doesn't show how you mounted the cooler, it can be moved to drivetrain. (By me, or another moderator)
Bill

What I would like is someone explain to me how you can get the trans up to operating temps with an external cooler.
Juice

Over here in germany I unfortunatelly heard of a couple of neons with that problem.

I think it could be a how to, cause as I tried out it will work with a external cooler (and neither the working temperature of the trany nor the function at all brought a problem further) if we neglect that the main cooler gave up finally.
And last but not least it shows that you will be able to simply check out if the trany had been damaged.

To install a external cooler I think won´t need much pictures, ´cause mounting depends on the individual mounting of the cooler you´ll use and there is nothing more than just connect the two tubes.

and find a good place for the cooler itself. 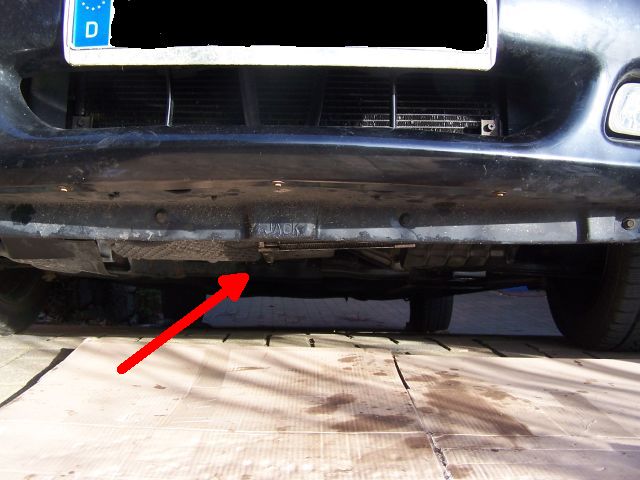 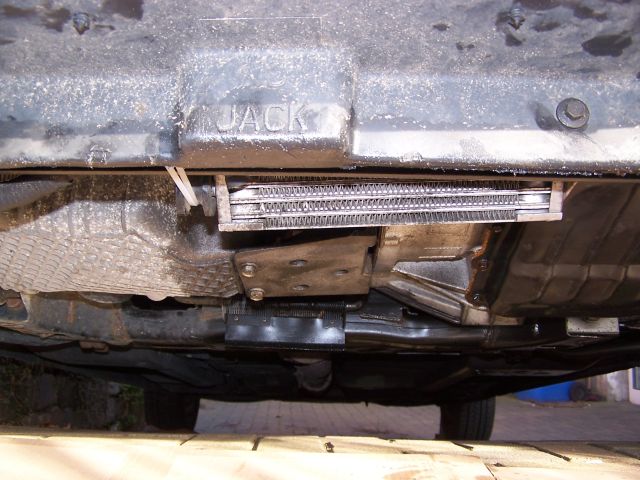 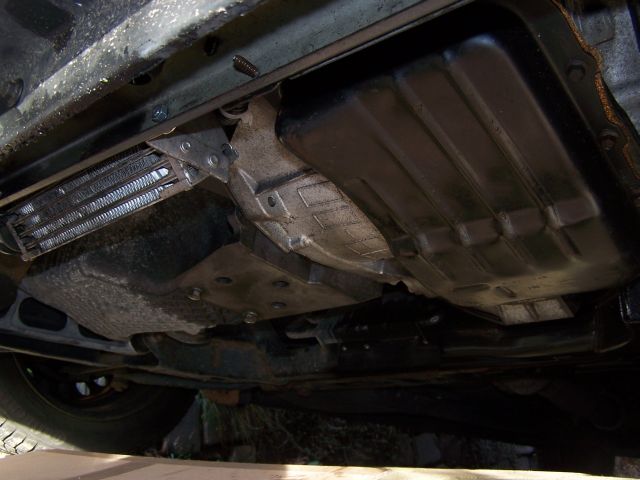 Panhead wrote:What I would like is someone explain to me how you can get the trans up to operating temps with an external cooler.

My understanding is that, "generally speaking", it is usually better to run the transmission cooler, rather than warmer.
Now, for someone living in Sweeden, then running an oversize trans cooler might be a problem.

Aftermarket coolers on a Neon automatic trans is always a good idea, since the factory cooling is marginal, at best.

Perma Cool also sells thermostats that bypass the cooler,until the ATF reaches 180ºF. I have run the t'stat on the 41te, and it does improve the operation over just the auxiliary cooler alone. The 31th would be a little less picky about the fluid temps, as it doesn't rely on fuzzy logic to operate. But it is still important to maintain at least 170ºF to prevent sludge from forming. Generally 170 to 240ºF is the range it should be in, preferably around 180º/190º.
Bill

occasional demons wrote:Perma Cool also sells thermostats that bypass the cooler,until the ATF reaches 180ºF. I have run the t'stat on the 41te, and it does improve the operation over just the auxiliary cooler alone. The 31th would be a little less picky about the fluid temps, as it doesn't rely on fuzzy logic to operate. But it is still important to maintain at least 170ºF to prevent sludge from forming. Generally 170 to 240ºF is the range it should be in, preferably around 180º/190º.

Thanks for the info ! This is good to know.

I put it on my rad support in front of my rad in the last set of pictures already shown first picture it looks like this \/. My car is lowered I didn't want it to get hit.

I've driven it like that for year without issue thru our 3 blizzards in DC to 101 degree outside in stop and go traffic. To a 6 hour drive from B-more to OBX. I've had no issue with fuild being to thin or to thick.

I also tryed leaving the old rad in but it only last 50 miles as on the stock rad the tran cooler sits inside the rad and once the nozzle breaks free there is nothing to keep the transcooler and rad together.
Big John

KrackstaR wrote: lol its like a religion and my business is to convert....lol

Latest attempt is to try to get the radiator fixed, at least for testings.

A friend entered that sucking experience a few weeks ago.

So I thought it might be cool to be able to check out, if the trany might be damaged or not by the fluid loss.
And that preferably for free and without disassembling anything.

1. step is to check the (rest of the) fluids and pray that neither tranyfluid is mixed with the coolant nor reverse.

2. step if you think you´re lucky is to bypass the cooler. Use one of the original hoses for that. Just uninstall one at the trany and route the other to it.

3. fill up the trany with the right fluid

4. close the hole at the radiator and fill it up with coolant or water (for testing I guess water might be fine)

5. if the car runs fine and trany works well, get you a seperate tranycooler and install that. Think of a new radiator (without tranypart) or leave the fixed old, if leakproof.

What I explored so far:

The thread which holds the nozzles is definitely M14, probably x 1.25 like sparks oftenly are. Unfortunatelly mostly the thread is worn, sure, the nozzle has been shot off... Original thread is pretty small, like 5 mm or less. Not much for my plans.
After that 5 mm there is a smaller part, probably about M12. This is where the seal of the original nozzles seals. Again about 4 or 5 mm and no thread.
Rest of the hole might be M14 again, and no thread. Usually the left nozzles brakes, I have seen 4 or five radiators like that, bot none with broken right. Idea is to tap a new thread to be able to install a new screw and seal the leak right. Sure, you can´t use the radiator for cooling your trany anymore.
My neighbour did something similar for me and my SXT 3 years ago, but I don´t know exactly how and what. That radiator is working fine (without tranypart-that is seperated to a new tranycooler).

My largest tap and die was M12 regular thread, so I tried this first. As the screw sits a little wobbly and I want to close that hole finally, I´ll use that adhesive kit and see. I ordered a M14 tap and die (cheap from china - anyway, the radiator is just light metall - alloy I guess) and will see, if I could use the whole depth of the hole for a nice thread. On the other hand it might be good for trying it with screw and kit if the bottom is larger that it won´t flip out anytime later again.